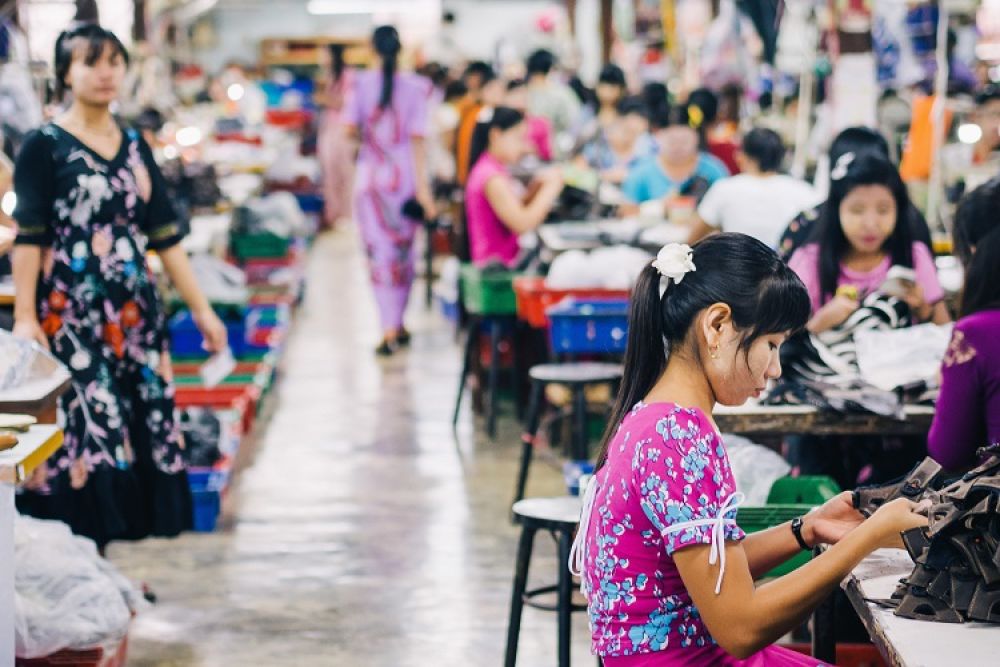 A single industry can push frontier markets into the mainstream. For Myanmar this was pegged to be the garments industry. With wages rising in China, manufacturers and investors have been searching for the new factory of the world. Are the fundamentals in Myanmar strong enough to weather the coronavirus pandemic and to rise above its ASEAN neighbours? 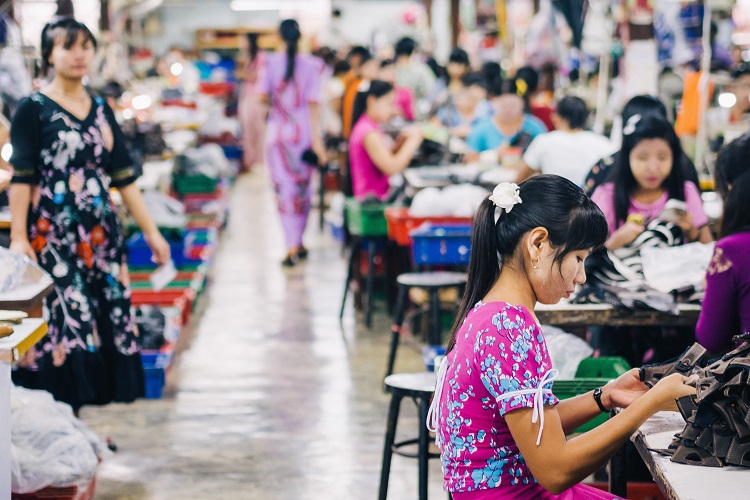 Garment exports rose from $349m in 2010 to over $4.6bn in 2018. With over 530 factories across the country, and a factory compound annual growth rate (CAGR) of 18%, this exceptional trend was set to continue. Multinationals such as H&M, Primark and Muji have started to call Myanmar home, but why? Much touted is Myanmar’s young population, prime geography, and fast-adoption of technology. However, as is the case with many frontier markets, inputs to manufacturing are a mixed bag. Notably, the country suffers from poor port and hinterland infrastructure, high land prices, unreliable energy provision, an underdeveloped financial system, and an opaque and relationship-based bureaucracy and operating environment.

When Myanmar opened to business following the election of an increasingly civilian government in 2012, the low-cost environment appealed to investors. This sentiment was further bolstered by the easing of US sanctions in 2014. Myanmar’s daily minimum wage is $3.29, the lowest in ASEAN. Compare this to $11 in Thailand, around $8 in the Philippines depending on the region, and $6 in Vietnam that is by far the region's biggest winner on China’s low-skill manufacturing slowdown. Geographically, Myanmar shares a 2,185km land border with China, meaning raw and processed material is not difficult to acquire, though the primary border in the North is highly politicised. Vitally, Myanmar operates under the EU’s Generalised System of Preferences (GSP) reaching their ‘anything-but-arms’ status, and is thus subject to zero tariffs and quotas. When these factors are combined with some promising developments at a regulatory level, such as the new Myanmar Investment Law and Myanmar Company Law, there is room for real growth.

Europe is home to 45% of Myanmar's garments exports which shows how crucial the GSP is to the economy while also creating trade links and forging regulatory alignment. Indeed, the EU has granted Myanmar €5 million to directly help garment workers weather COVID-19, showing the bloc’s commitment to the market even in the shadow of genocide trials in The Hague. This is partially because the ILO and UN labour rights programme in the sector has been largely adhered to and represents strong improvements in an industry that lacked basic protections just five years ago. That said, Myanmar as a country is moving towards ‘higher middle-income’ classification which would likely remove these trade benefits, something lobby groups are saying would spell uncertainty for the sector and its disproportionately female workforce. Whether or not the sector could meaningfully thrive without unfettered access to the EU market is tough to predict, and one must closely analyse other costs.

Challenges to growth and coronavirus

Myanmar’s low minimum wage, which is facing significant upward pressure domestically, is often not enough to outweigh high and unpredictable operating costs. It is also important to highlight that although low-cost, labour is also low-skilled with poor retention rates. Regarding infrastructure, energy is chronically deficient in the summer. Subsequently, large and already expensive Industrial zones and Special Economic Zones, such as Hlaing Tharyar and Thilawa, often rely on generators or private power production, this incosistency of which reduces the life of machinery. In addition, poor road infrastructure increases logistics times and dramatically quickens wear on transport vehicles.

Myanmar was slow to meaningfully react to the pandemic. Although late April saw the release of an iterated and comprehensive economic relief plan driven by market-focussed and highly educated policy makers at the Ministry of Planning, Finance and Industry, this was only after previous stimuli had fallen short and over 40% of factories had been severely affected. By May, 38 factories have permanently ceased production and 25,000 staff have been laid off. Adding to this, fabric from China has been in short and inconsistent supply, and clothing demand has slumped well into double digits in export markets. Garments has been acutely affected in Myanmar, and resultant workforce discontent and pressure from union groups will continue until production resumes, which it is certainly expected to.

Leaving aside global instability, the question of how Myanmar can emerge strongly from the pandemic is, as it often the case, one of the value chains. In 2019, we saw Toyota famously invest $50million in an assembly plant, but these are semi-knocked-down (SKD) kits that require only basic assembly.

The same sector depth is true for garments. The market is overwhelmingly cut-make-pack (CMP) production, which sees designed and processed materials all imported. The developmental path in the sector is towards a free-on-board (FOB) model whereby producers control the whole production lifecycle. This however requires high capex to attain, and in Myanmar’s underdeveloped and collateral-based financial system this can be prohibitively expensive. Taking control of a larger share of the production cycle means that Myanmar could remain part of the regional supply chain even once low-cost labour industry has moved elsewhere. It begins with low-tech advances, such as producing car seats or cutting fabric in-house, and an investor looking towards the middle and long-term would do well to keep abreast of these small gains.

It is also important to analyse export markets other than the EU. Japan, South Korea and the US accounted for 47% of exports in 2019 and show that the sector is diversified. Investors should closely watch the implementation of Myanmar’s National Export Strategy, as well as active union groups such as Myanmar Garments Manufacturers Association - both are fundamental to day-to-day operations and will shed light on the trajectory of the sector, and whether or not garments will be Myanmar’s golden industry.

When compared regionally, Myanmar has the most headroom to grow, and has been doing so at a remarkable pace. In more general terms, market-centric reforms are being enacted, albeit at a slower pace than business would like. Success in the market requires experience with its idiosyncrasies, and despite the very real challenges this is still worth the investment.