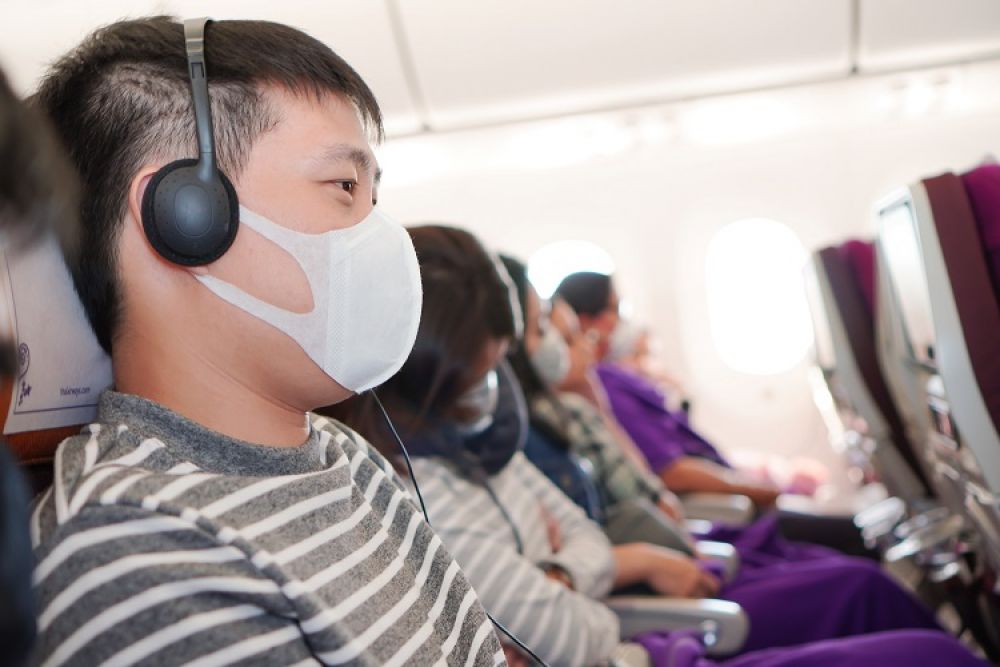 The coronavirus started in China before spreading to other countries. Southeast Asia’s travel and tourism sector felt the impact of the virus right away due to the decline in arrivals from China. The subsequent spread of the virus resulted in lockdowns and other social restriction policies which made the damage to the sector even worse. With tourism and travel activities coming to an almost complete halt, ASEAN governments are now slowly looking for a way out.

Tourism and travel are undeniably important to the Southeast Asian region. The sector has been on a consistent high-growth path. In 1995, only 28.5 million international visitors travelled to Indonesia, the Philippines, Vietnam Thailand, Myanmar, Malaysia, Cambodia, Singapore, Laos and Brunei. In 2000, this was already 36,3 million and in 2018, a record number of about 129 million visitors was reached.

It is safe to say that travel and tourism are among the most important contributors to ASEAN economies. Southeast Asia sees a significant share of its GDP, employment, and revenues coming out of related activities. The sector contributed 12,6% to ASEAN's economies in 2018, according to World Travel & Tourism Council (WTTC) research. The dependency on tourism and travel, however, also make countries vulnerable to external shocks. Something Thailand already experienced when Chinese visitors avoided the country in 2018 after a boat accident. Cambodia, the Philippines and Thailand are among the most vulnerable with the tourism and travel sector respectively representing 32,8%, 24,7% and 12,3% of their GDP.

The International Labour Organization (ILO) estimated that at least 15.3 million jobs and livelihoods are at risk in the tourism sector alone as a result of the pandemic in the Asia Pacific. The ILO underlined this number is an early projection, with the impact of the lockdown and social restriction measures imposed in March and April not fully understood at this point. Regardless, tourism workers are being asked to leave, to accept lower wages, or to take paid or unpaid leaves. Tourism jobs are particularly vulnerable because of their informal nature. Workers have limited social protection coverage and cannot easily work remotely.

Companies are also feeling the economic impact of the pandemic. A survey conducted by the Malaysian Association of Hotels (MAH) warned 15% of hotels might close permanently. MAH also said that 50% of the hotels are considering ceasing operations with some of them saying to do so until the end of the year and others until a vaccine has been found. Zoos are facing a difficult time as well. A survey conducted by the Indonesian Zoo Association showed that 55 zoos representing 92% of its members in Sumatra, Java, Bali, Lombok and Borneo have stocks available to feed their animals until mid-May. Only three zoos had enough food for one to three months and two enough for more than three months. The tourism dependent elephant parks and sanctuaries in Thailand are facing similar problems.

Travel and tourism activities have also resulted in big infrastructure projects over the last years. Airports expansions, electricity infrastructure, roads, better internet speed and other improvements are necessary to enable countries to make the sector an even more important part of their economies. The impact of the coronavirus, however, will make governments focus on stimulus packages and, subsequently, on austerity plans. Also China is an important contributor to infrastructure projects in the Southeast Asian region and will first use its capital for growing domestic consumption and its consumption-led industries before investing again in 'belt and road' (BRI)-related activities.

Aviation is among the worst hit industries due to the COVID-19 pandemic. International and domestic travel restrictions have grounded fleets all over the world including in Southeast Asia. Worldwide flights were down with 80% by early April, according to the International Air Transport Association (IATA). Southeast Asia’s aviation sector was already vulnerable to external shocks. The low-cost carrier culture is dominant with budget airlines accounting for about 50% of the capacity. For passengers this is attractive but the market itself is far from trouble free. Profit margins in the aviation industry are small and the market is characterized by overcapacity. Fierce competition has led to price wars and unprofitable routes while limited opportunities for growth forced several budget airlines to expand on medium- and long-haul routes. The market became so competitive that higher operation costs, such as fuel prices, were increasingly difficult to pass on to passengers.

How vulnerable airlines are is underscored by Singapore Airlines Group representing Singapore International Airlines, SilkAir and Scoot. The group represents over 50% of passengers flying in and out of Changi Airport and now cancelled 96% of its scheduled flights till the end of June. The aviation sector is an important pillar of Singapore’s economy, supporting over 12% of the country’s GDP and 375,000 jobs. The carrier was forced to raise up to $15b USD with the help of Temasek, the government owned holding company. Airlines in the whole of the Asia-Pacific will see a revenue drop of $113b USD this year compared to 2019 according to IATA. Other airlines are on the verge of collapse or being taken over. Privately held Golden Skies Ventures offered $2.5b USD to fully take over the holding company of state carrier Malaysia Airlines while Thai Airways will go bankrupt without $2.2b USD in state aid.

The tourism and travel branch might change completely. Mergers, acquisitions and bankruptcies could characterize the Southeast Asian aviation sector in the coming years. Especially strong international airlines and investors will find their way to Southeast Asia. This will not happen overnight. When travel restrictions are eased it is not unlikely to see a price war in the first months. Some airlines have suspended all flights while others, like AirAsia Indonesia, are offering free seats. This price war will eventually push some airlines over the edge. Changes in Southeast Asia’s aviation sector are not necessarily a bad thing because many airlines were flying on unprofitable routes and were already far from sustainable.

Habits and standards will change as well. A C9 Hotelworks survey conducted among 1000 respondents in China's first-tier cities showed an important attitude change among Chinese tourists who now prefer to travel independently instead of in a group. About 83% want to avoid large organized tours, including cruises, and arrange their own trip. Safety fears will have a deep impact. Hygiene and health standards will become even more important forcing hotels to deliver cleaner rooms, beds, and foods. Also restaurants have to uphold better standards and prevent overcrowding. All these measures will result in bigger costs for companies.

Despite all problems, some ASEAN member states are finally seeing positive results coming out of their lockdown measures. Countries like Vietnam, Thailand, and Malaysia are already talking about easing travel and social distancing restrictions. Many governments underline the importance of tourism and travel to their country’s economy and hope less restrictions will spur the economy. The recovery path is far from simple but expected to be centred first on domestic and regional travel. Although revenues and spending are generally smaller, domestic tourism has become increasingly important to ASEAN economies. Vietnam, for example, is one of the first Southeast Asian countries to lift social distancing restrictions and by doing so will give space to a market of 70 million travellers per year that has been growing at 20% for the past five years.

After domestic tourism, the focus will be on regional tourism. The importance of regional tourism for the recovery of Southeast Asia's tourism and travel sector shouldn't be underestimated. Research among global tourists shows that as many as 90% of those ready to travel want to start domestically and that safety concerns play an important role in deciding the next travel destination. Attracting non-Asian visitors might therefore become increasingly difficult, even when most measures are lifted.

The importance of focusing on regional demand can also be seen in the statistics. In 2018, ASEAN tourism represented 45.2% of the total number of visitors, China followed on the second place with 12.4% and the European Union on a third place with 8.5%. South Korea and Japan completed the top 5 with 4.8% and 4.6% respectively. Among all individual countries, China plays a key role for Southeast Asia. Chinese tourists were already important to Southeast Asia's tourism and travel sector before the pandemic. In 2017, Chinese nationals made over 131 million international trips and about two-thirds of overseas trips by Chinese tourists were in the direct region. China's growing importance might surge even further. It was the first country to be affected by the virus but also among the first to recover. The earlier mentioned C9 Hotelworks survey mentioned that 53% of Chinese travellers are planning overseas travel in 2020. Wishful thinking maybe, but such trends will make Chinese demand the primary objective for ASEAN companies.

China might also benefit from an infrastructure point of view. Many of Southeast Asia's emerging markets are now in dire need to keep their economies up and running, even more so than before. The recovery of tourism and travel activities are important objectives but new infrastructure projects are too expensive despite the fact they result in more economic development and employment. ASEAN governments have limited capital reserves and will therefore look at China. In the short run, China has similar problems and will first focus on its own economy. In the long run, however, Southeast Asia remains of strategic importance to China's regional interests. The region's limited options put China in an even stronger position than it used to be in.

The COVID-19 crisis will have a deep impact on tourism and travel in Southeast Asia. The sector has become an increasingly important source for revenue, employment, and growth across the region therefore requiring governments to spur it recover process as fast as possible. Easing social and travel restrictions will gradually help domestic and regional tourism activities recover. Safety fears and habit changes, however, will remain an important obstacle in the years to come and might change the branch completely. The way forward may be a slow one and the outcome uncertain.